The Creation of Rockman Pat

It is not uncommon for folks to ask me how I got into doing what I am doing – teaching about geology from a Biblical perspective. It is such a part of my life that it makes sense for you to know a bit more about me! 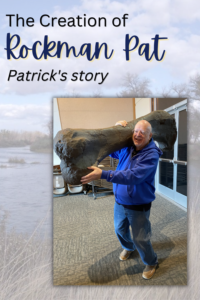 I was raised in the wonderful state of Montana, just off the Crow Indian reservation. I spent many a very happy weekend hunting for fossils and other rock and mineral treasures along the Big Horn River, as well as the Little Big Horn River. 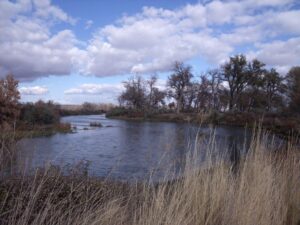 (Think General Custer and the Last Stand. That was just outside of my small town.) My dad would take me out in the morning, and come back later to pick me up. I was on my own to contend with snakes or other misadventures. And I loved it!

Not far from where I grew up was where they discovered the first deinonychus fossil. You see, eastern Montana is just covered in dinosaur fossils, and I, happily, got to find many of the fossils available there.

I discovered so many wonderful things in my explorations. Some of them ended up in the front window of my dad’s business where tourists might pass by and see them and purchase them.

So I was really into the dinosaur scene, in addition to just being curious about the rocks I was finding. My mom knew my interest and did all she could to feed that interest. She was the head librarian at the county library, so she had her fingers on some of the most interesting books about dinosaurs.

But there came the day when I realized that I was coming up against some things that my church taught that did not square with what I was learning in the library books. My particular church taught a very real Adam and Eve, and there was no way that this was compatible with long ages and cave men, and certainly not dinosaurs. A church leader told me to just believe what the church taught, and I would be fine.

But I wasn’t fine. I knew that this was a problem that needed a solution. Either the library and science books I was reading were going to be my foundation, or the Bible was. And I was caught in between a rock and a hard place. Sorry, that pun just had to be made!

When I went to college, I again sought out some spiritual guidance from a leader at my church. And what he told me set me on a path that led very quickly away from God. He told me that not all that the church taught was true.

Coming from a very religious family, this rocked my world. I never thought that a leader who had studied the Bible would say something like this. But he had. And I was suddenly free to consider that my science books were the truth, and that the Bible was just a bunch of nice stories.

But now I was up against that same question that I had just a few years earlier. Was the book of Genesis true? How could I know?

About this time, a friend introduced me to a book by the late Dr. Henry Morris, called, The Genesis Flood. He thought it might help answer some of my questions. And indeed, it did! But it also made me extremely angry! I realized for the first time that there was evidence that supported a worldwide flood which would explain the world we see around us. It was not a matter of eons and ages to build up the landforms. What we see is very simply the result of a catastrophic flood. And there were arguments and data to support this idea! My anger stemmed from the thought that this information had been kept from me, in that it was not available in most science books. And there was no good reason for it to be excluded. 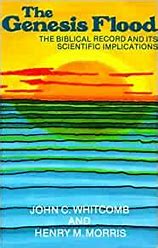 So began my search to dig deeper and find out as much as I could about especially, the Flood of Genesis – how it started, what would have happened during the Flood, what happened afterwards, and how the entire story from the Bible could stand as a very authoritative account of what happened to our world.

And that takes me to today. Over the years, I have not stopped studying this vital area of science. And this study has led me to create the geology kits and curricula at Northwest Treasures, all with the purpose of helping families understand the important truths of Genesis. And they are truths. The book of Genesis is not just some fanciful stories about how the Lord created our world. It is truth. And the more we discover about our world, the more that these discoveries confirm the truth of the Bible.

I hope this helps you to understand a bit about what drives me to do what I do. It is so important to me that the truth of Genesis finds its way to the heads and hearts of our children. Our faith is a precious jewel. We want to be able to stand and defend it, with no apologies. And there is every good reason to do just that!

Do you want to learn more? I have written a book, called Genesis: Rock Solid. This short book covers some of the history of the church as regards science, 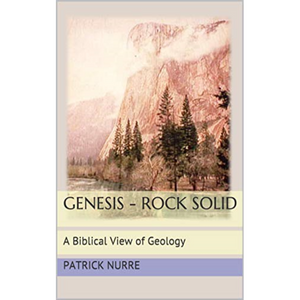 This short study can be used as a Bible study, with questions for discussion.

4 thoughts on “The Creation of Rockman Pat”