Man Who Picks Up Stones Running

Man Who Picks Up Stones Running

We have been to Yellowstone probably over four dozen times over the years. And it never gets old. When we pack the car, and we finally hit the wide-open spaces of Montana, I feel that I can breathe, that I can rejuvenate. So even with the business of Yellowstone tours ahead of us, this is always a wonderfully recharging time for us. 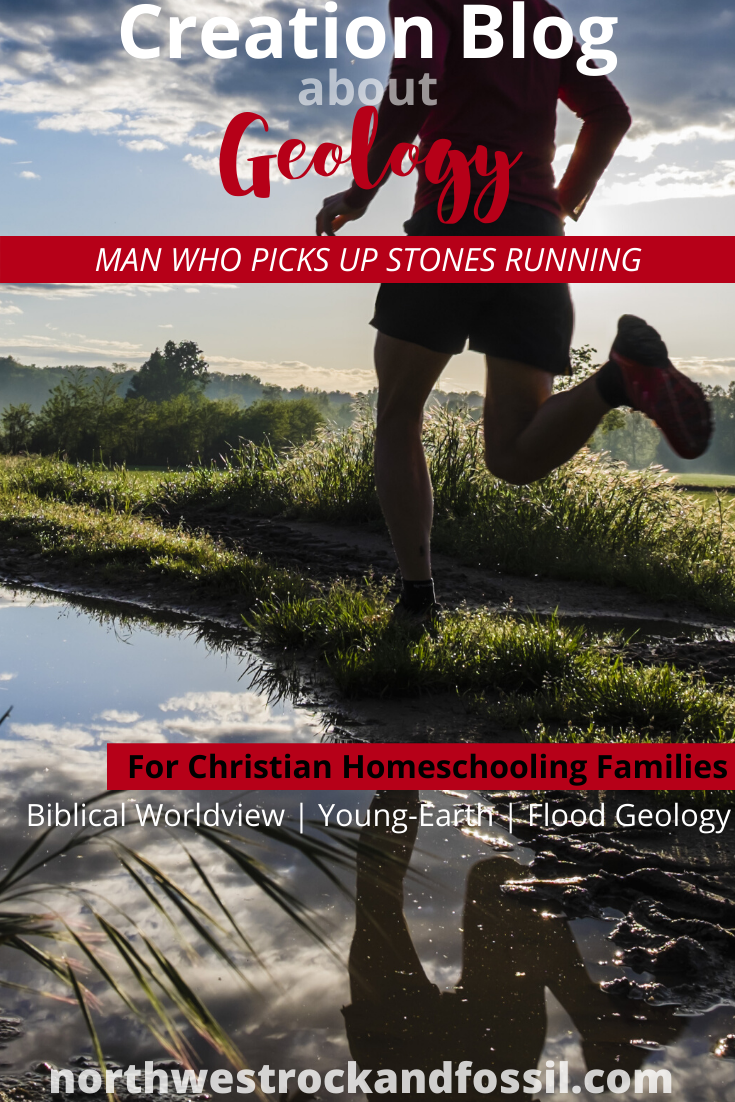 And when we travel to Yellowstone, I usually pack a good book to read, something historical that fits with Montana, or old west history. I love reading a good book about history! So many of the small towns that we stop in have such fascinating histories that it is always tempting to pick up just one more book. A few summers ago, I happened on an excellent book, Empire of Shadows, The Epic Story of Yellowstone, by George Black. This is a sweeping drama of the discovery by the outside world of the Yellowstone area. It has romance and murder, joy and heartbreak, tribal warfare, intrigue, explorer’s tall tales and more, all wrapped up in a two-inch thick volume of outstanding writing. Oh, and it has humor! You might now always expect that from such an historical tome as this. But read on…

Late one night I was reading, and hit a laugh out loud moment, but I didn’t dare, because Patrick was already asleep. It would have to wait until the morning for the re-telling.

That story that I enjoyed so much was of a man named Ferdinand Hayden. To those familiar with the history of Yellowstone, his name is immediately familiar, as the great Hayden Valley in Yellowstone is named after him. Prior to this honor, Hayden carved a reputation doing geological surveys of what was to be the western US. In 1871, Hayden led America’s first federally funded geological survey into the Yellowstone region of northwestern Wyoming. The expedition included such notables as the artist Thomas Moran, and Civil War photographer William Henry Jackson.

But before this, there was the young Ferdinand Hayden. As a young and very brash man, he was a part of fossil hunting expedition in the badlands of Dakota Territory. And this is where it got funny. From the book:

“And what did the Wild Indians think of all this? (Hayden’s desire for fossil hunting) According to an often-told tale, they thought Hayden was mad. On a fossil-hunting trip to the Black Hills, the young geologist-paleontologist was intercepted by some suspicious Sioux. He was carrying a bag. The Sioux told him to empty it. Rocks tumbled to the ground. Culturally disposed to pity and respect for the insane, they gave one another looks and sent him on his way. Thereafter they called him Man Who Picks Up Stones Running.” 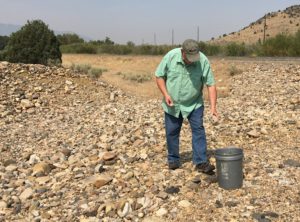 And I just had to laugh. We both laughed. We recognized that young man.

You see, I have my own Man Who Picks Up Stones Running. His name is Patrick.

My Own Man Who Picks Up Stones Running

Whenever we travel, Patrick puts several 5-gallon buckets in the back of the car. And I take the wheel. And it is “Sweetie, pull over.” And off onto the shoulder I go. Patrick hops out of the car, opens the trunk, and bucket and hammer in hand, merrily makes his way to the cutout he spotted. Man Who Picks Up Stones Running. Sometimes I join him on this, but I am not a fan of snakes. And snakes seem to like the areas that Patrick likes to hunt for specimens.  So I usually sit in the car and read or get out a sketch pad and do some drawing. 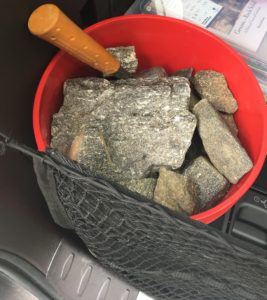 We’ve been doing this now nigh on 39 years. And the result has been over 70 five-gallon buckets on the side of our house waiting to be categorized. But my dear, darling husband finished that project last fall! And now there is room for 70 more buckets! All those samples are either in our garage or in the back drainage, serving as “landscape.” But they are really waiting to go into a new geology kit.

And now you know where some of the specimens for your kits come from: you know the ugly truth. They come from the Man Who Picks Up Stones Running. Indeed.

Here is some help for identifying rocks when you are in the field. Rock Identification Field Guide.

Or maybe you just want to learn how to classify those rocks under your kid’s bed? Check out Rock Identification Made Easy, the Kit.

1 thought on “Man Who Picks Up Stones Running”